Salman Khan is a superstar and he has the biggest heart in the industry. His popularity is ever growing and so much so that after he was invited to be a part of Academy Awards voting panel among other Bollywood celebs, he has now been bestowed with an award by UK House of Commons for outstanding achievement for global diversity. 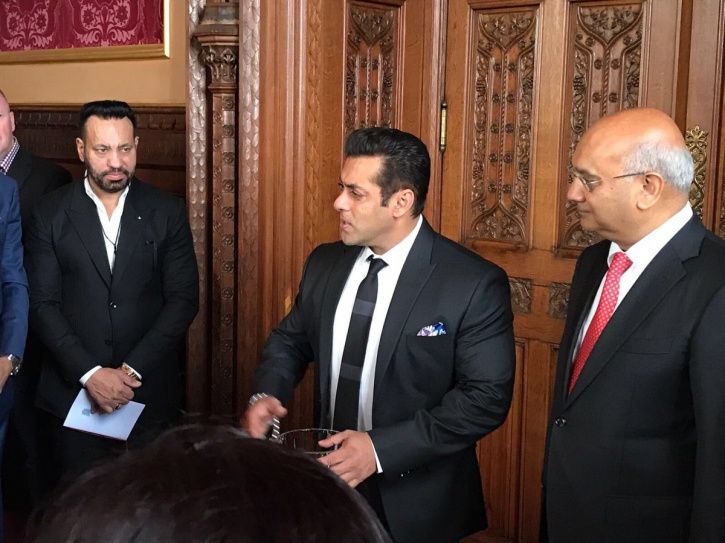 He was given the honour by British Asian MP Hon Keith Vaz. Here are some of the pictures from the event in which Salman Khan looked dapper as always.

“Thank you for the respect and honour you have given me. My father would have never thought… But the amount of respect you guys have given me, thank you so much for it.”

Salman Khan is in the UK for his Da-Bangg Tour along with Sonakshi Sinha, Jacqueline Fernandez and Daisy Shah among other stars. Salman will perform on Sep. 17.